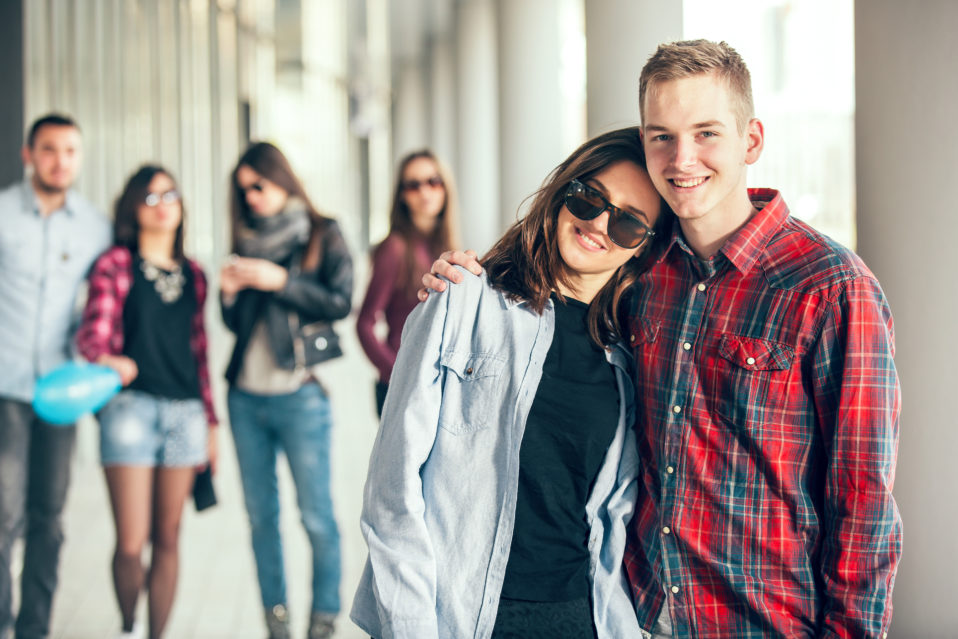 Recently I was rejoicing with one of my single friends, Roman, because he believes he’s found the girl he wants to marry. Naturally I’m excited for him and I hope I can attend his wedding. I want all my single friends to find mates.

But I’m also disturbed because I know many singles that would like to be married yet have very few close friends of the opposite sex. Something is built into our Christian culture that discourages normal guy/girl friendships. It’s as if we’re afraid they will hop in bed if they actually talk for an hour and share their hopes, dreams or struggles.

Meanwhile, we pressure guys and girls to marry if they become friends. (“Oooh, Gina, we saw you with Brad yesterday. Is something going on between you two?”) Why can’t Gina and Brad just encourage each other in their journey with God without turning their relationship into a big deal? Is it possible for Christian guys and girls to build healthy friendships without assuming they are headed to the church altar?

I believe it is absolutely possible. Here are six keys to developing these relationships:

1. View your friends as family. Paul told Timothy he should treat older women as mothers and younger women as sisters (see 1 Tim. 5:2). The same rule applies to girls: You should view your male Christian friends as brothers. Having this pure-hearted attitude makes real friendship possible. If a guy views his female friend as a sister he won’t be lusting after her body; instead, his instinct will be to encourage her. If a girl views her male friend as a brother she will care about him and pray for him without expecting him to have sexual feelings for her.

2. Avoid “pair pressure.” In many churches today there’s a nagging pressure to find “the one” so you can take yourself off the market. If you are carrying this burden, every friendship with a person of the opposite sex can be a drain. “Is she the one?” “Does he like me?” “How should I dress?” These concerns morph into worries that suck all the fun out of life. Trust God with your desire for a mate. If you don’t relax you will come across as desperate—and that’s a big turn-off. Stop trying to make something happen and just enjoy getting to know a new friend. Remember Psalm 37:4: “Delight yourself in the Lord, and He will give you the desires of your heart.”

3. Say goodbye to awkward. Before we married, my wife and I both dreaded the dating scene. Calling someone you barely know and asking them to dinner or a movie is scary—and it’s the reason a lot of Christian guys are still single at 35. Meanwhile Christian girls have been told to wait for the guy to make the first move, so they are conditioned to wait for “the call.” You can say goodbye to all this awkwardness by organizing group gatherings: Meet several friends for coffee, invite them to a cookout or throw a party. Then just enjoy each other’s company. And girls: Feel free to initiate the invitation!

4. Rediscover the art of conversation. In today’s media-soaked culture we’ve forgotten how to talk to each other. Many guys feel socially clumsy, so they become immersed in video games and become emotional hermits. They need friends—including female friends—to help them crawl out of their shells. Meanwhile both guys and girls are so addicted to their phones that they don’t know how to talk for an hour without checking for text messages. If you want to be a good friend, learn to focus on the person you’re talking to!

5. Don’t allow a hint of seduction. The message we get from media today is that it’s all about sex. But as a Christian you don’t have to bow to that idol. You can have a meaningful friendship with a person of the opposite sex without ending up in bed together. But if you plan to keep it pure, you will have to put up some obvious boundaries. Use common sense. Don’t wear revealing clothes. Don’t touch each other inappropriately. And don’t spend the night at each other’s apartments in the name of “friendship.” If you are true friends you will respect each other enough to avoid a sexual mistake that you will regret later.

6. Keep your friendships Christ-focused. Hebrews 3:13a says: “But encourage one another day after day.” This verse applies to single men and women, too. We need each others’ encouragement, and God wants the single members of the church to be involved in each others’ lives. Your phone calls, notes and honest counsel may be what propels your friend into their life purpose; your kindness and prayers may be what gets them through a difficult crisis. Keep Jesus at the center of your friendships and don’t miss out on the blessing those friends can be to you.

Your ticket for the: Can Single Guys and Girls Just Be Friends?