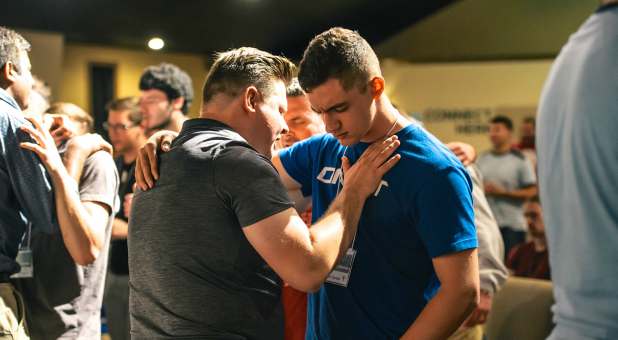 Twelve years ago, when I was preaching at a Brazilian congregation in Florida, the Lord directed my attention to a young teenager sitting in the back of the church. He was leaning his head against the wall and looking very bored. But God gave me a prophetic message for this curly-headed guy, so I asked him to stand; then I spoke to him about his spiritual calling.

“God says you are going to be a spiritual warrior,” I told him.

The boy’s name was Felipe, and we became good friends after I gave him that word of encouragement. Today, at age 27, he’s a passionate follower of Christ and the youth pastor of his church.

I love the gift of prophecy because I’ve seen countless people like Felipe transformed by it. One prophetic message from God can break the power of discouragement. It can also launch a person into ministry or confirm God’s divine direction. As Proverbs 25:11 says, “A word fitly spoken is like apples of gold in settings of silver.” A personal prophetic word is like a priceless piece of heirloom jewelry. You will treasure it for life.

Some people question whether personal prophecy is biblical. Yet prophets often delivered detailed messages to people in Old Testament times. In the New Testament, the apostle Paul urged believers to “earnestly desire” prophecy above all other gifts (see 1 Cor. 14:1). He also told the Corinthians that true prophetic ministry can expose the secrets of men’s hearts and bring them to repentance (1 Cor. 14:24-25).

In Colossians 4:17, Paul issued a word of prophetic encouragement to an individual on his ministry team. He wrote: “Tell Archippus, ‘Make sure that you fulfill the ministry which you have received in the Lord.'” Paul delivered this short but powerful message to Archippus to strengthen his friend. I am sure Archippus never forgot Paul’s very personal words.

Personal prophetic ministry is vital today. People need to know that God is not a dry doctrine; He wants to know us intimately, and He wants to speak to us in a personal way. Yet we must be careful to avoid the abuses that have given personal prophecy a bad name. Here are some helpful guidelines that will keep it healthy.

If you feel called to prophesy, that’s great! God wants to speak through you to others. But don’t assume you know everything. Don’t be so eager to go until you grow to maturity. Find a mentor and learn how to minister with grace, love and biblical balance.

Your ticket for the: Don’t Misuse the Gift of Personal Prophecy