Don’t Run If God Has Called You to Speak 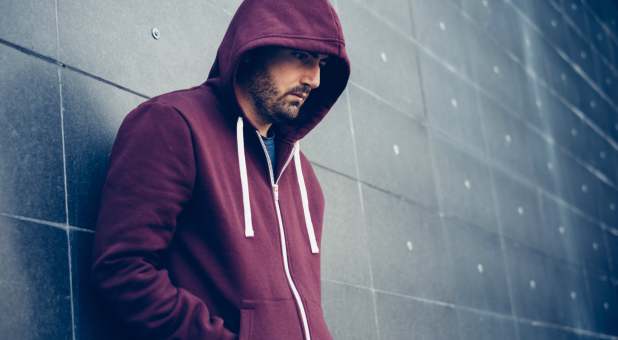 This past Sunday I stood in a pulpit, looked out over a congregation of mostly strangers, cleared the lump in my throat and preached a message that the Lord had laid on my heart from the Bible.

Thousands of men and women speak publicly like this every week. It’s what preachers do. No big deal. But even though I speak often, I’ve found that preaching the gospel is one of the most frightening assignments anyone could attempt. I feel as if I die a thousand deaths right before I do it, and I die several more times after I go home and evaluate what happened.

After one discouraging experience in which an audience stared coldly at me with their arms folded, I determined that preaching surely must not be my calling. I shared my struggle with an older pastor.

“Sometimes I feel discouraged after I speak,” I said. “Does that ever happen to you?” I was sure he would counsel me to stop preaching.

His answer shocked me. “Son, I feel that way every Monday morning,” he said.

When I tell friends that I stubbornly resisted the call of God to preach because of my lack of confidence, they act surprised. They don’t know how much anguish I went through. They think most people who stand in pulpits want to be there. They can’t believe that I wrestled with God for months when I felt He was calling me to speak.

We assume God chooses certain people to preach because of their oratory skills. But true preaching is not a natural exercise—it is one of the most supernatural tasks anyone can ever be called to do. It requires an imperfect human vessel to yield himself or herself to speak the very words of God.

If we do this in the flesh, the results are miserable; if we wholly trust the power of the Holy Spirit, prophetic preaching unleashes supernatural anointing.

Most preachers in the Bible were reluctant. Moses made excuses about his stuttering, Gideon tried to disqualify himself because of his family background, and Jeremiah complained about the responsibility of carrying a prophetic burden. Jonah bought a one-way ticket to the other side of the Mediterranean Sea so he wouldn’t have to give his unpopular sermon!

And the apostle Paul, who was a silver-tongued Pharisee before he met Christ, was stripped of his eloquence before he preached throughout the Roman Empire. He told the Corinthians: “I was with you in weakness and in fear and in much trembling. My speech and my preaching was not with enticing words of man’s wisdom, but in demonstration of the Spirit and of power, so that your faith should not stand in the wisdom of men, but in the power of God” (1 Cor. 2:3-5).

If Paul trembled when he spoke, I have no right to complain when I feel butterflies in my stomach for the thousandth time.

Charismatic revivalist Arthur Katz wrote about the power of true preaching in his 1999 book Apostolic Foundations: “The only one qualified to preach … is the one who wants to run the other way, like Jonah. … The man who sighs and groans when called upon to speak, who does not want to be there, who feels terribly uncomfortable … is the man out of whose mouth the word of true preaching is most likely to come.”

That is certainly not the way most of us view pulpit ministry in contemporary America. We celebrate the smooth and the polished. We measure the impact of a sermon not by whether hearts are slain by conviction but by how high the people jump when the preacher tells them what they want to hear.

That kind of carnal preaching may win the accolades of men, boost TV ratings, get lots of hits on social media and even build megachurches. But the kingdom is not built on hipster style or smug self-confidence. We need God’s honest words, sent straight from the authentic heart of a broken vessel. The church will live in spiritual famine until reluctant, weak and trembling preachers allow His holy fire to come out of their mouths.

If you have a message from God, stop running. If you are wrestling with God like Jacob did, quit resisting, and let your Maker break your pride; He wants you to walk with a limp the rest of your life so you can lean on Him rather than on your own ability. Die to your fears, doubts and excuses, and drink the cup of suffering that accompanies the genuine call of God.

Your ticket for the: Don’t Run If God Has Called You to Speak

Don’t Run If God Has Called You to Speak