God Can Heal Your Wounded Manhood 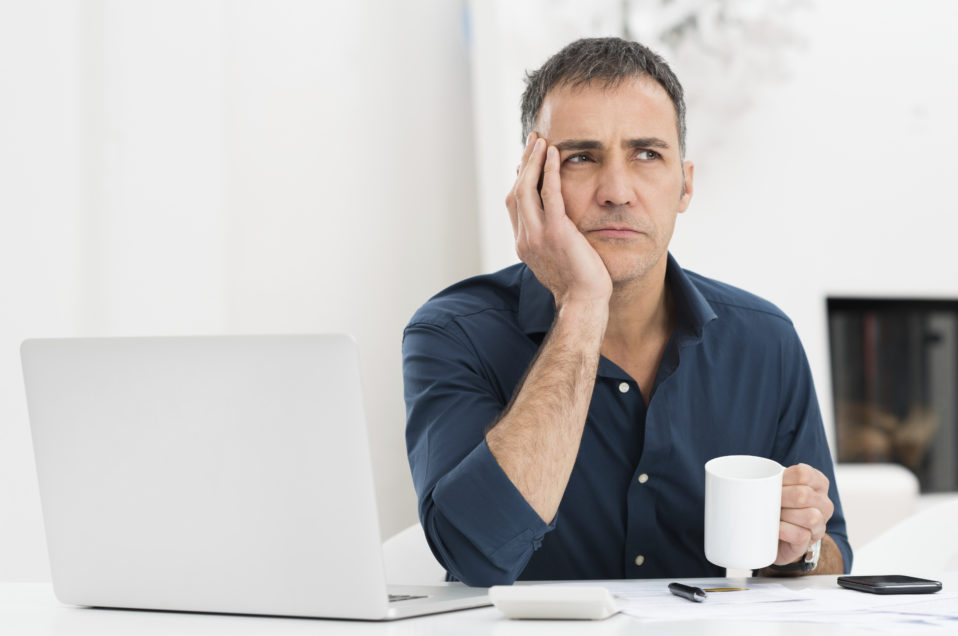 I’d never heard a sermon on Deuteronomy 23:1 until last month, when my Puerto Rican friend Luis Roig had the courage to read the text out loud to a group of men in Florida. When he did, one guy gasped and fell on the floor. Several others laughed nervously, and we all drew our knees together and groaned.

The Holman translation says it this way: “No man whose testicles have been crushed or whose penis has been cut off may enter the Lord’s assembly.”

Please pardon the graphic language, but older translations just aren’t clear. The King James Version says, “He that is wounded in the stones, or hath his privy member cut off, shall not enter into the congregation of the Lord.” That’s putting it mildly!

Most of us dismiss or ignore this odd passage, either because the subject matter is embarrassing or because the law seems unfair. After all, if a man’s private parts are damaged in an accident, why should he be considered an outcast?

But this verse is relevant to us today because we face a masculinity crisis. In our fatherless culture, many guys struggle with their identity as men, and as a result they feel alienated from God. Meanwhile the church offers little to help men find true healing. Our idea of men’s ministry is to provide food, sports or entertainment while we dance around men’s deepest problems without actually addressing them.

Yet everywhere I go today, I find men who suffer from crushed masculinity. They have been kicked in the groin, spiritually speaking. Their actual anatomy may be intact, but because of poor fathering, lack of affirmation, bullying, family rejection, inferiority or some form of abuse, their manhood did not develop properly. They are men on the outside, but inside they are wounded boys who are afraid to tell anyone how they feel.

Over the years I’ve identified several categories of crushed manhood:

1. Insecurity. Many guys become selfish, driven performers, out to prove their manhood through competition. Because they didn’t get healthy encouragement at home, they become self-absorbed and crave the spotlight. They can appear extremely successful, but inside they are afraid of failure. They find it hard to build healthy friendships, and their wives usually feel used and ignored. In the end, these guys end up in divorce, scandal, prison or worse.

2. Indecisiveness. Some men just don’t have the ability to make decisions. They may have never had a father to encourage them or a role model to learn from. As a result they flounder in their careers, struggle financially, fear the future and feel spineless. Many of these men find Christ, but they live in painful isolation and get trapped in addictions because they lack self-control.

3. Domination. Some men—especially if they were abused physically or even sexually as boys—believe the only way to prove their manhood is to wield power. Violent anger seethes below the surface. If they marry, their wives suffer the brunt of their dysfunction. These men are tormented by secrets, but they cannot take their armor off long enough to admit their problems to anyone.

5. Homosexuality. It’s not popular today to suggest that homosexuality is sinful. So what if I rephrase the question and ask: “Is it healthy?” Many men today struggle with their core identity as men, and often it is not their fault. They may have never had a father to affirm them, or their father may have withheld affection. Others have gender confusion because of abuse. In many cases, guys experience same-sex attraction because they crave the healthy male attention they should have received from a dad. And they mistakenly think that sex with another man will restore the manhood they crave.

When my friend Luis read from Deuteronomy 23:1, he also shared his painful story: how he had been abused as a child, how he wrestled with his fears and lusts, and how his abuse pushed him to become violent in his marriage. Thankfully, Luis found more than a Band-Aid for his problems when he came to faith. Jesus delivered him from his anger, healed his emotional wounds and began restoring his manhood.

This healing is found in Jesus. Like the Good Samaritan, Jesus pours His oil and wine on our wounds. Like the father of the prodigal son, He throws His arms around us and tells us He’s glad we belong to Him. The unconditional love of Jesus, which is both gentle and powerfully strong, is the perfect remedy for the fragmented masculine soul.

This supernatural healing is available to men today, but we cannot offer what we have not experienced ourselves. We must be willing to trade in our superficial “God bless you, brother!” back-slapping and get real. Men have been painfully emasculated, and they need surgery. Let’s quit denying the problem. It is time for a wave of healing to touch the wounded men all around us.

Your ticket for the: God Can Heal Your Wounded Manhood

God Can Heal Your Wounded Manhood