How I Found Healing from Sexual Abuse 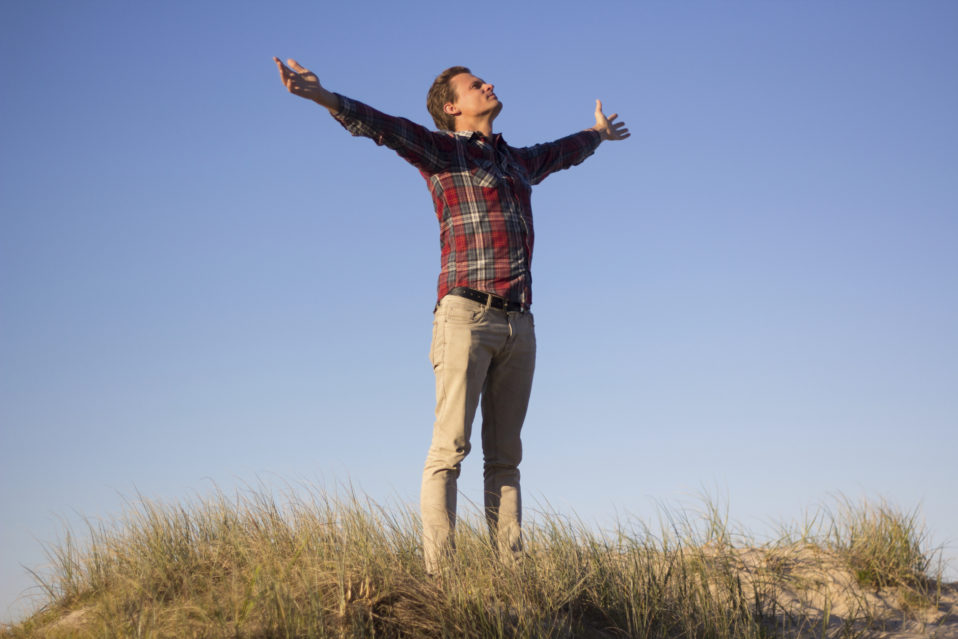 When I was a boy, something shameful happened to me that I never, ever planned to talk about publicly. During a summer visit to a youth camp in Alabama, an older boy whom I considered a friend took me into the woods and abused me sexually. He then brought me inside a boathouse near the camp’s lake for more experimentation.

The abuse wasn’t penetrative or physically painful, but it inflicted a deep emotional scar. It was as if my 7-year-old soul were branded with a hot iron. I never talked about the incident with anyone after it happened. I buried the trauma so no one would know.

I was glad when my family moved from Alabama so I would never have to see that camp or the boathouse again. Yet the memory followed me like a shadow. It produced self-loathing, fear of exposure, sexual confusion and deep inferiority. As a teenager, I spent lots of energy trying to convince my friends I was OK—yet deep down, I still feared I was hopelessly broken.

Thankfully my healing began at age 18, just before college, when I asked Jesus to fill me with the Holy Spirit. God stripped layers of shame off me as I heard the Father’s voice and experienced His unconditional love. By the time I got married and started a family, the shadow of abuse had grown faint.

I found more healing when I told a few mentors and friends about the abuse. I was afraid they would recoil in disgust and reject me (most abuse victims expect that response), but they expressed only love and affirmation. Transparency brought freedom. Yet a thin layer of shame lingered. Even though I was involved in full-time ministry by that time, I battled thoughts of disqualification. I seemed confident and successful to others, but I didn’t like myself.

Then a few months ago, after I relocated to Georgia, I realized the camp where the abuse happened was only 90 miles from my house. When I told this to my friend James, he suggested we go there to pray and find more closure.

As we drove onto the camp property, I felt uneasy. It had been 50 years since the incident, yet the place looked exactly like I remembered it—except for two things: The ranger’s house, where the older boy lived, was gone, and so was the wooden boathouse. Only a faint outline of the foundation of that building was visible next to the lake’s edge.

James and I stood on the grass and prayed in the Holy Spirit. No one else was on the property. James asked me to remember again what happened on that spot. Then he added: “The Lord was there when this horrible thing happened. Ask the Lord what He is saying to you.”

My arms were folded in a defensive posture. Maybe after all these years I was still protecting my heart from the pain. But in that peaceful moment, I could see the inside of the dark boathouse, with life jackets, ropes and canoes hanging on the walls. I saw Jesus standing near a frightened little boy. He said: “I will not let this stop you.”

Those words lifted a few hundred pounds off my mind. Jesus wasn’t scolding me, scowling at me with disapproval or writing me off. He had come to my rescue. He was defending me. He was promising me that the enemy’s plan to destroy my life would not prevail.

I knew from that moment that my experience with abuse had absolutely no control over me. The sting had been removed.

I basked in His presence for a few moments, looking out over the lake and remembering that I had learned to swim there during my summer visits. Then I asked James if we could visit one other location. We got in my car and drove to a church in Montgomery, where I gave my heart to Jesus at age six.

When we pulled into the parking lot of Dalraida Baptist Church, my heart leapt. Unlike the old camp boathouse, the church was still there. In fact, a huge new sanctuary stood in front of the old building where I was baptized. The old sanctuary was now the youth ministry center.

God spoke to me powerfully that day in Montgomery. He showed me that what defines my life—and what controls my future—is not the ugly blemish on my past but the precious faith I embraced when I chose to follow Him. And he reminded me of the truth of Isaiah 54:4a, which says: “Do not fear, for you shall not be ashamed nor be humiliated; for you shall not be put to shame, for you shall forget the shame of your youth.”

What about you? If you’ve experienced sexual abuse, you don’t have to hide your secret or drag the shame around. Jesus knows your pain and your embarrassment. He does not reject you or keep you at arm’s length. Bring your shame into His presence and let His strong embrace heal your wounded soul.

Your ticket for the: How I Found Healing from Sexual Abuse

How I Found Healing from Sexual Abuse