Jesus and the Scandal of Sexual Harassment 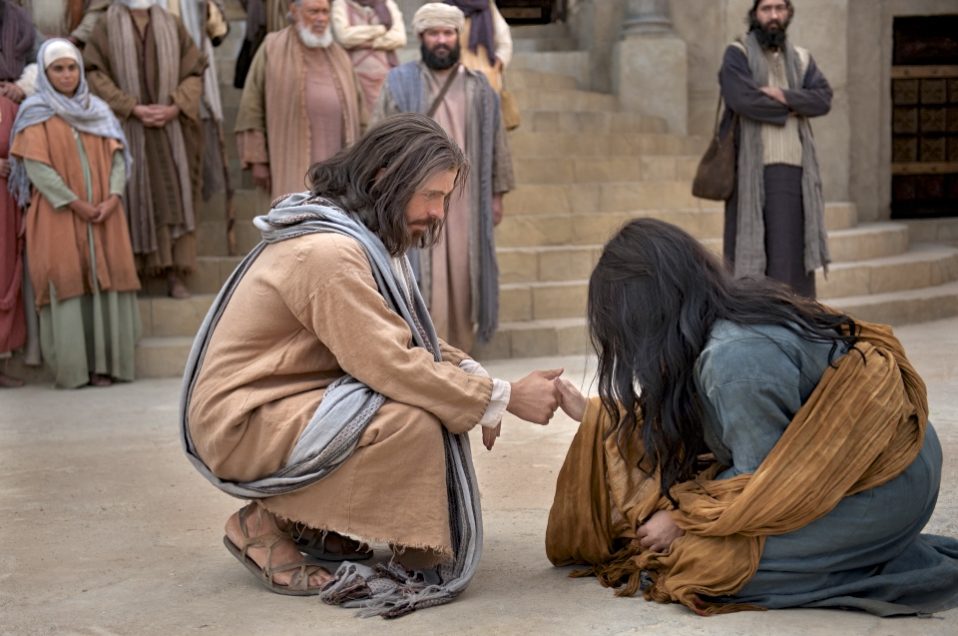 Allegations of sexual harassment pile higher every day in Washington. In late 2017, Senator Al Franken, the Democrat from Minnesota, resigned after being accused of groping women, while Michigan congressman John Conyers stepped down from the House Judiciary Committee because he paid $27,000 to a woman who accused him of inappropriate sexual behavior.

And then there’s Roy Moore, the feisty Alabama judge who has been accused of having a sexual relationship with a woman when she was underage. When combined with the serious accusations against Hollywood movie mogul Harvey Weinstein, the Anthony Weiner fiasco, the Bill Cosby trial and the sexual harassment scandals affecting companies such as Uber, the impact is beyond embarrassing. We’ve been hit by a tsunami of shame.

The rug has been pulled back, and now we see the disgusting truth—American women have been mistreated, abused, coerced, disrespected, catcalled and harassed in offices, boardrooms, courtrooms, gyms, film studios and the chambers of the U.S. Senate.

At this point it’s comforting to remember that Jesus Christ had a perfect track record regarding women. Though He lived in a patriarchal culture that viewed women as property, He always respected and elevated them—and He never once did anything inappropriate with a woman, ever, during His time on this earth.

While professing believers in Jesus are not always perfect in this regard, let’s remember how Jesus treated women and make Him our example:

Jesus protected women from harassment. Women in ancient Israel could be accused of adultery even if they were simply caught alone with a man. When the Pharisees brought one accused woman to Jesus, they said they had caught her “in the very act” of adultery (John 8:4), even though they conveniently forgot to bring the man she was with. Jesus refused to condemn her, and no stones were thrown. Jesus doesn’t tip the scales of justice to protect the powerful; He defends the vulnerable.

Jesus looked beyond a woman’s sexuality and restored her dignity. When a prostitute heard that Jesus was dining at a Pharisee’s house, she came there and poured anointing oil on His feet. The Pharisee was shocked that Jesus let her touch Him, but Jesus looked past her sin to see her need for forgiveness (Luke 7:36-50). Jesus never undressed a woman with His eyes, yet in total purity He could look inside her and see her heart’s yearning.

Jesus gave marginalized women a voice. Jewish rabbis in ancient Israel didn’t have female followers. Yet Jesus called several women to travel with Him, and they became some of his most loyal disciples (see Luke 8:1-3). Mary Magdalene, in fact, had the privilege of announcing His resurrection to Jesus’ male followers.

Jesus restored the equal value of women.When Jesus came to the house of Mary and Martha, He welcomed Mary to kneel at His feet and take the posture of a disciple—even though women traditionally were not allowed in such settings. When He told Martha that Mary had “chosen the good part” at His feet (Luke 10:42b), He issued an invitation—calling all women to find their identity in Him.

Jesus defended women from discrimination. Jesus went out of His way to speak to the Samaritan woman in John 4. She had been divorced by five husbands—perhaps because she was barren or because of her behavior. Yet Jesus canceled every mark on her record and used her to convince an entire village to believe in Him. In one day, He turned an outcast into a heroine.

Jesus redefined the worth of a girl. Girls were considered inferior in ancient Israel, yet when the 12-year-old daughter of Jairus died, Jesus raised her to life (Mark 5:21-24, 35-42; Luke 8:40-42, 49-56). That miracle reminds us that God doesn’t devalue girls or ignore their problems.

Jesus acknowledged the contributions of women. When a poor widow put two coins worth very little in the collection box, Jesus shined His spotlight on her and told the Pharisees that her gift was bigger than theirs because of her poverty (see Luke 21:1-4). This would have been the verbal equivalent of cold water in the face to the proud Jewish leaders, who considered themselves superior to women. Yet Jesus is not afraid to confront heartless macho pride.

Jesus never used demeaning language with women. When Jesus healed a crippled woman in the synagogue, He called her to the front of the congregation (a definite taboo in those days) and then referred to her as “a daughter of Abraham” (Luke 13:16), an endearing term that no rabbi would have used for a female. Jesus changed the vocabulary. He didn’t engage in demeaning locker-room talk about women—He esteemed them and gave them spiritual dignity.

Today, even men who occupy the highest offices in the land have proven to be sexual predators. It’s obvious we need a new role model when it comes to how to treat women. I nominate Jesus.

Your ticket for the: Jesus and the Scandal of Sexual Harassment

Jesus and the Scandal of Sexual Harassment