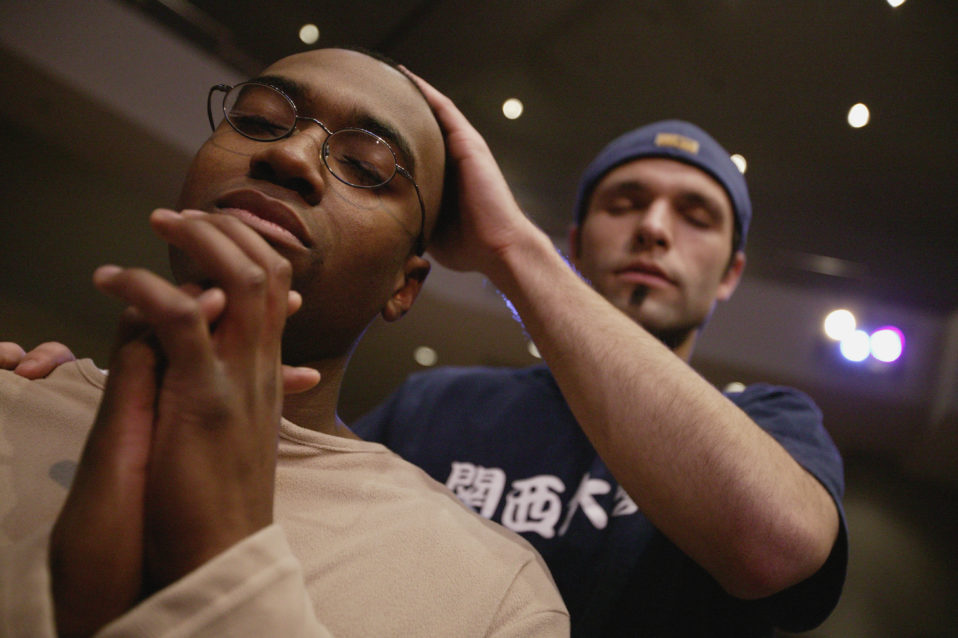 Last week I went to the nation of Colombia to preach in a conference sponsored by two churches in the city of Barranquilla. I could have gone alone, but I asked Jason, a young pastor from South Carolina, to accompany me on the seven-day trip.

When we boarded our first flight to Panama I said to Jason: “You are going to grow two feet during this adventure.” He told me yesterday when we were preparing to come home: “I think I grew two-and-a-half feet.”

Nothing thrills me more than challenging young leaders by taking them on the mission field. I’ve done this in Nigeria, Ukraine, India, Peru, Bolivia, South Africa and other places. It’s not always convenient to share a bathroom or double the travel costs, but the reward comes when I see how much the experience stretches their faith and accelerates their spiritual growth.

It’s what many call the Timothy Principle, and it’s found in Paul’s words to his spiritual son in 2 Timothy 2:2: “The things which you have heard from me in the presence of many witnesses, entrust these to faithful men who will be able to teach others also.”

Paul discovered long ago that the most effective way to expand the reach of the gospel was to invest deliberately and personally in younger disciples. Although he preached to crowds, he always traveled with a small team. He wasn’t a one-man show. He shared his life with people such as Timothy, Silas, Phoebe, Lydia, Luke, Priscilla and Aquilla—and they became spiritual giants. We would be wise to reclaim this forgotten art of personal discipleship.

Here are four guidelines I’ve developed for effectively training the next generation:

Get on the same level. One young leader I have been mentoring for a few years, Charles, once told a pastor that he wanted to be trained in ministry. The pastor explained this training process would require Charles to carry the pastor’s Bible, pick up his dry-cleaning and serve as a chauffeur. The pastor didn’t offer to pray with Charles, take him on a trip or share how to hear the voice of God or lead a sinner to salvation.

This type of leader is infected with a virus known as egotisticus giganticus. He may call himself a “spiritual father” to these men, but they really don’t have access to his life. They might as well be his slaves. This is not biblical discipleship. Any real spiritual father (or mother) will invite his disciples to get on his level and learn both the practical and spiritual sides of ministry.

Be a genuine friend. Young leaders today don’t just want to listen to a pastor’s sermons or wait outside an office door until he asks them to bring him a cup of coffee. They crave real relationships with humble, accessible men and women of God who can model authentic Christianity. That requires plenty of one-on-one communication. You must invite younger leaders into your life and let them get up close and personal.

Some charismatic churches today have developed a weird lingo that prevents genuine discipleship from happening. While I certainly believe in the role of apostles and spiritual mentors, I don’t think we have to throw these titles around. Don’t strain the relationship by insisting on a title. Just be yourself, and the anointing on your life will do the rest.

Offer plenty of ministry opportunities. Before I arrived in Colombia last week, I let my hosts know that Jason was available to speak in churches and youth meetings. Even though they had invited me to speak at a conference, I wanted Jason to be stretched in his faith. He ended up leading several powerful meetings with youth in the city. Then, on the last night, when I was addressing a group of leaders from two churches, I called Jason to come to the platform with me so he could pray and prophesy over people.

We won’t effectively raise up younger leaders if we only allow them to carry our briefcases or work at our book tables. They have to do the real stuff! I was so proud of Jason when he called several people to the front of the church and offered anointed prophetic encouragement. The Colombians loved him, and the youth who had been in his meetings lined up to hug him when we left. In the end, Jason realized that he was a ministry partner with me, not just a trainee.

Impart your life. Young leaders today need to become effective communicators, and they must learn how to flow in the Holy Spirit’s power. But we can’t just give them a dry, mechanical education. We have to follow the apostle Paul’s model. He told the Thessalonians: “Having so fond an affection for you, we were well-pleased to impart to you not only the gospel of God but also our own lives, because you had become very dear to us” (1 Thess. 2:8).

Discipleship requires sacrifice and genuine love. And it focuses on individuals. As much as I enjoy speaking to crowds, I have learned that often the most effective ministry in the kingdom of God is to the one, not the multitude. Please don’t ignore the Timothys you are called to encourage.

Your ticket for the: Reclaiming the Forgotten Timothy Principle