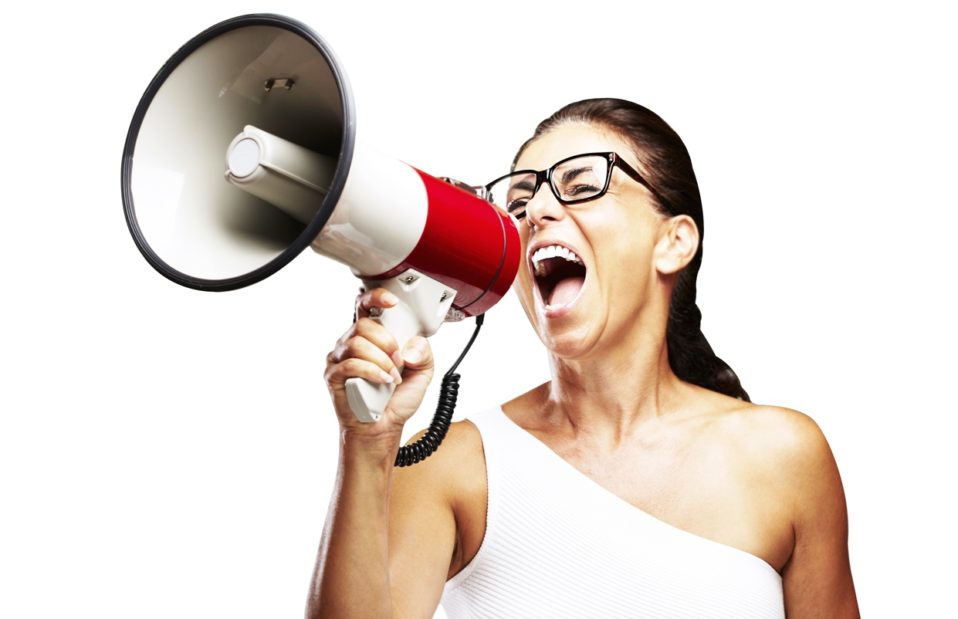 This week the Church of England overturned centuries of tradition by voting to allow women as bishops. Anglicans already approved women priests 20 years ago, but on Monday they opened the door for women to serve in the highest office in the church.

Reaction to the landmark decision was mixed. Government leaders in England applauded the move. Others vowed to fight it. And some observers scratched their heads, wondering why it took this long. After all, Margaret Thatcher, the Iron Lady, served as Prime Minister for almost 12 years, and Queen Elizabeth has been on the British throne since 1952.

Here in the United States, the issue of women in leadership is a hot potato. Many conservative denominations bar women from top positions, citing a biblical mandate that men must always be in charge. Meanwhile, Pentecostal and charismatic groups, while biblically conservative, allow women to function as top leaders—yet their policies are reflected more often on paper than in actual practice.

Many Spirit-filled women still feel resistance if they volunteer to lead anything other than a women’s Bible study. Why is this? During the 14 years that I have been a vocal proponent of women in ministry, I have observed these key reasons why conservative evangelicals tend to limit women in the church:

1. We misunderstand Scripture. Conservatives who bar women from leadership typically cite 1 Timothy 2:12 or 1 Corinthians 14:34 (“women are to keep silent in the churches”), and yet they ignore verses affirming women’s spiritual gifts. Deborah, who served as senior leader of ancient Israel, is ignored, and New Testament women leaders such as Priscilla, Phoebe, Euodia, Syntyche, Junia or the daughters of Philip are dismissed. We also conveniently forget that Peter announced on the day of Pentecost: “Your sons and your daughters shall prophesy” (Acts 2:17b). Scripture actually calls certain women to leadership rather than banning them from it.

2. We are bound by religious tradition. Martin Luther was a prophetic voice to the church when he exposed religious corruption and heresy. Yet he was still so bound by his own 16th century bias against women that he believed God created females only for the purpose of childbirth. Many conservative Christians still hold antiquated ideas about female inferiority. This explains why so many churches didn’t allow women to wear pants or makeup a decade ago, and why women today are still expected to serve only as cooks or babysitters in some denominations.

3. We don’t give the Holy Spirit full control. Paul the apostle wrote: “There is neither male nor female; for you are all one in Christ Jesus” (Gal. 3:28b). He understood the amazing equality of the Holy Spirit, who gives spiritual gifts to “each one” (1 Cor. 12:11)—not according to gender, class or race but simply according to God’s choice. Scripture teaches that God chooses whom He wills; He does not qualify based on human criteria. This means we must affirm the valid gifts and callings of our sisters. If God calls an Esther to lead, we should not hide the scepter from her.

4. We are afraid of “feminizing” the church. Some insecure Christian guys have complained that there are already too many women making decisions in the church. One author even demanded that flowers be removed from church altars because they are feminine! My response: The same God who created deer antlers and buckskin also made carnations and orchids. Genesis 1:26-28 says God created male and female in His image. Only when we have men and women functioning in their full capacity in the church will we see His image fully manifested. It’s silly to try to rid the church of women’s influence when God appointed both fathers and mothers to run a family. It took Abraham and Sarah to give birth to Israel; God wants both genders involved in His work.

5. We associate women leaders with a liberal agenda. In the United States many of the women who hold political office do not reflect Christian moral values. For this reason some people automatically associate women preachers or pastors with a radical feminist agenda. This is unfair. In America’s past, some of the greatest leaders of social change were women who held Christian beliefs—brave women like Harriet Tubman, Phoebe Palmer and Sojourner Truth—and they would have never advocated abortion or same-sex marriage. We need an army of women leaders who will speak as prophets on the national stage.

6. We don’t see enough positive examples of female leadership. In the early Pentecostal movement it was not uncommon to see women preachers traveling across our nation planting churches and conducting evangelistic campaigns in roadside tents. Women preachers including Aimee Semple MacPherson, Carrie Judd Montgomery and Myrtle Beall made a huge spiritual impact on their generation. Today, while there are significant numbers of women pastors and missionaries in the Assemblies of God and other Pentecostal groups, the most prominent Christian women featured in mainstream media tend to stay in their place. They are incredibly gifted, but they are viewed as Bible teachers to women only.

7. Some Christians hate women. It’s sad but true. Misogyny is alive and well, and sometimes it is even preached from pulpits. In one prominent evangelical church in a Central American country, the pastor often jokes about women and seems to trivialize adultery. It’s no wonder domestic violence thrives in that country. Until some brave men have the guts to challenge the sexism of the good ol’ boy network, abuse will remain a problem among Christians. (I am not saying that there aren’t women who hate men, or that men are never abused—but statistics show the majority of abuse cases involve women victims.)

Why am I so passionate about women in ministry? When our spiritual enemies are attacking and the hour is late, both Deborah and Barak are needed on the battlefield. This is an issue that is on the Lord’s heart. I pray we will affirm and celebrate all women who sense a call from God to lead.

Your ticket for the: 7 Reasons We Don’t Empower Women for Ministry