The Power of Relational Discipleship 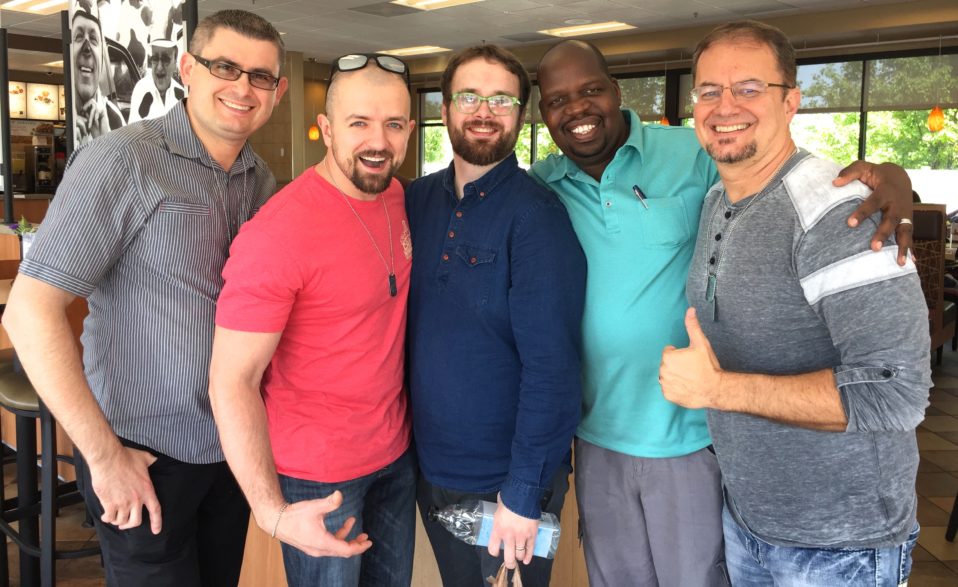 For at least three years I’ve wanted to gather a group of friends for a time of encouragement and personal ministry. I couldn’t afford to host a fancy event, and I didn’t think these guys wanted a big hoopla with expensive hotels and high-priced speakers.

So we went with a simple format that involved a donated church facility (thank you, Pastor Donna), a totally informal dress code (jeans and T-shirts), home-cooked meals (we met in North Carolina, the barbeque capital of the South) and cheap rooms, courtesy of the local Hampton Inn. What surprised me was that 91 guys from 20 states and four foreign countries showed up for three days of worship, small group interaction and inspiring messages from 32 of the guys (everyone kept their comments brief to allow time for fellowship).

What happened in that small window of time amazed me. Weary pastors met new friends. Younger guys bonded with new mentors. Men opened their hearts about their deepest struggles. And best of all, God showed up and spoke to many of the guys about their insecurities and fears.

On the second day a panel of six young men shared about their need for godly role models. Some admitted that they have dysfunctional relationships with their dads. Others pointed out that even in the church they have not been encouraged to connect with spiritual fathers.

One man, Charles, said that in his church, young men were never allowed to develop real friendships with pastors or leaders. They were expected to be “armor bearers” who acted like personal valets—by shining the pastor’s shoes, carrying his water and escorting him to the pulpit.

The young men who came to our Bold Venture discipleship weekend were crying out for authentic relationships. They are not going to receive the mentoring or the spiritual nurture they need by carrying someone’s Bible or suitcase. True discipleship only happens in a loving, relational context.

This was the apostle Paul’s method of discipleship. While he did speak in church meetings, ministry was not focused on events, sermons or a flashy delivery style. And it was certainly not about high-pressure offerings, pulpit mannerisms or how many people swooned at the altar.

Listen to Paul’s definition of ministry from 1 Thessalonians 2:8: “Having so fond an affection for you, we were well-pleased to impart to you not only the gospel of God but also our own lives, because you had become very dear to us” (NASB).

Paul knew that ministry was about loving people and investing in them. He did not live for TV cameras, fawning crowds, armor bearers or book deals. (In fact he wrote a lot of the New Testament and didn’t get any royalties!) The reason he could endure beatings, shipwrecks, betrayal, riots, hunger and imprisonment is that he loved the men and women on his ministry team. Everything he did was about pouring the life of Jesus into people like Timothy, Silvanus, Mark, Phoebe, Epaphras, Luke, Priscilla, Barnabas, Euodia and all the other New Testament heroes who called Paul a spiritual father.

I wonder how Paul would react today if he were alive to see the trappings of “ministry” we have created. I imagine he would rend his garments and call us all back to raw humility.

One of the international guests at our Bold Venture weekend was a pastor named Robert from Uganda. He wrote me today, just after arriving back in Kampala, to share with me his plan for discipling men in his country. Robert wrote:

“Thank you for introducing me to 91 men of valor, men whose life stories have inspired me to do business with and for God in totally a different way! I have a new boldness to deposit my life in as many people as I can.

“I have already contacted all the guys I have been helping. Next week I will meet about 24 of them just to deposit some of what I experienced. After that I have a group of another 70 fellows that I am going to mentor intentionally. In total I am looking at 100 young ministers I will disciple. We are going to do life together, laugh, cry, be vulnerable and open with each other. This is not an African thing, but I know it is the way to go.”

Discipleship is a simple concept—maybe too simple for some of us who have become addicted to applause, prayer lines and the bells and whistles of American religion. But if you listen carefully, amid the noise of the crowd, you will hear the Holy Spirit calling us back to New Testament basics.

Your ticket for the: The Power of Relational Discipleship

The Power of Relational Discipleship