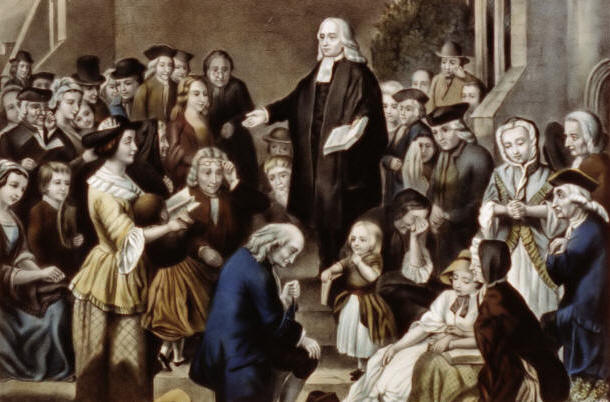 Ever since God called me to preach, I’ve battled with deep insecurity about my delivery style. I can’t electrify a crowd like T.D. Jakes, pack an arena like Reinhard Bonnke or get audiences to turn sermons into trending topics on Twitter like Craig Groeschel or Steven Furtick. Those guys hit home runs when they preach. I get base hits—or strikes.

For years I felt like the reluctant Moses, who complained to God by saying, “Please, Lord, I have never been eloquent” (Ex. 4:10). For years the Lord kept pushing me out of my comfort zone, urging me to surrender my fears so that I would take the microphone willingly. Once He told me: “I didn’t call you to be T.D. Jakes. I called you to be you.”

On many occasions after speaking in a church or conference, I would sulk. I battled constant discouragement and wondered if my words had hit the mark. Did I preach OK? Did the message sink in? Finally I asked an older pastor if he had ever struggled with disappointment in his pulpit performance. He smiled and told me: “Son, I feel that way every Monday of my life.”

I’m learning an uncomfortable secret about preaching: Those who dare to allow God to speak through them will always squirm in holy agony. Preaching the gospel is both a glorious and a horrifying responsibility. When we speak under the anointing of the Holy Spirit and impart the very truths of Christ, we get so dangerously close to Him that our pride is challenged.

This truth is revealed in the story of Jericho. God told Joshua to organize a march around the walled city for seven days. The ark of the covenant was to go first, accompanied by seven priests blowing trumpets. On the last day, the walls of Jericho fell flat after the people shouted.

We charismatics have spiritualized this story in some comical ways. Some of us thought that blowing shofars during every church service would grow our churches. (In many cases those churches got smaller because the shofar blowing was so weird!) Others assumed we should march around the church every week or stage all-night shout-a-thons.

I have nothing against shouting, marching or shofars, but please don’t miss the main point of this story: It is powerful prophetic preaching that brings downs the walls of spiritual resistance. God’s Word must be proclaimed. Notice these points about the Jericho story:

1. The trumpets were rams’ horns. God uses the weak things of this world to confound the strong. The apostle Paul called the preaching of the gospel “foolishness” (see 1 Cor. 1:18). While it is OK to improve your speaking abilities, don’t become so polished that you become an orator with nothing to say. Don’t try to be sophisticated. You are just a ram’s horn.

Some American preachers today wow their crowds with dramatic stories, film clips, trendy graphics and motivational hype. It sounds good initially. But sometimes, after the applause, we realize it was just a bunch of ear candy. What we need in today’s pulpits is less scripted sparkle and more messy, raw, honest, tear-stained pleas from broken men and women who are aflame with the Holy Spirit. Rams’ horns came from animals that had been sacrificed. Only consecrated preachers who have died to self can preach a message that will bring down a spiritual wall.

2. The trumpets were blown for seven days. We love sermons that become overnight YouTube sensations—the kind of messages that get everyone waving handkerchiefs and dancing in the aisles. But the kingdom of God is not built on one-night stands. When Paul the apostle preached, the results were not always immediate … or positive. Sometimes there were riots—and jail time.

What God is looking for is not one big sensational sermon but a lifetime of faithful preaching. He wants consistency, not fireworks. It’s great when we have the exciting, handkerchief-waving moments, but we must realize that God’s Spirit is also moving on quiet days when no one shouts “Amen!” and all you hear in the audience is cell phones ringing and babies crying.

3. The trumpets were blown by unnamed men. The Bible doesn’t tell us who blew the trumpets in Joshua 6. We know these guys played an important role, but their names never appear in lights. They trudged through the dry desert around Jericho for seven monotonous days, blowing their horns until their throats were dry and their lips were sore. And in the end, when the walls of the city finally collapsed, Scripture says Joshua’s fame increased—not theirs (see Josh. 6:27).

Today we need preachers who are willing to faithfully speak God’s Word with no hope of fame or fortune. If you truly want all the credit to go to Jesus, you won’t worry about your performance or your applause. Just do your job. Preach the Word and the walls will eventually fall.

Your ticket for the: The Secret of Becoming a Prophetic Preacher