The Unexpected Blessings of Reverse Mentoring 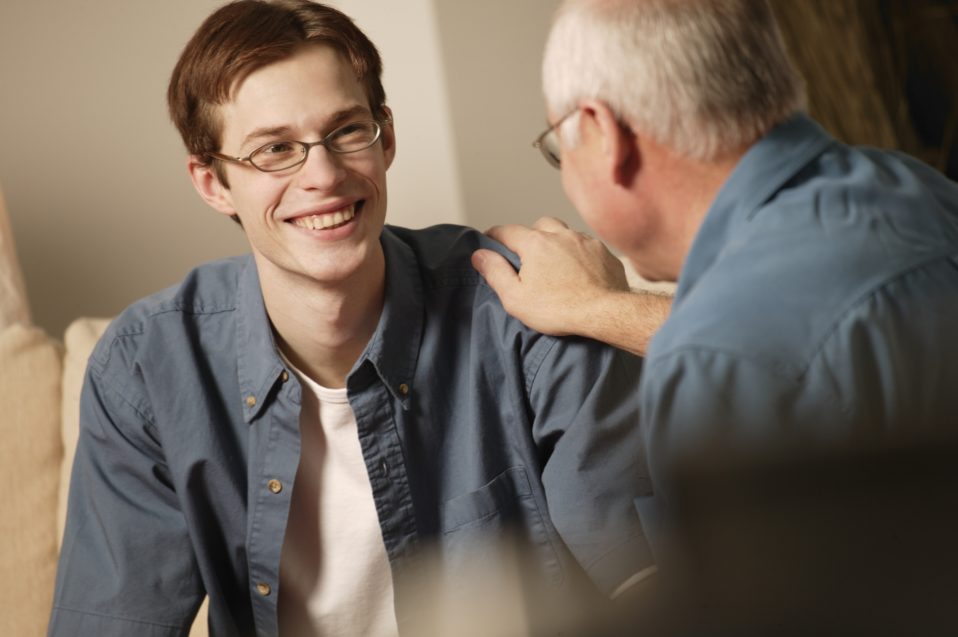 These days, I spend lots of my time mentoring young leaders. I take them on ministry trips, speak in training schools and lead discipleship retreats. But I’m learning that mentorship does not work in just one direction. Even though I’m the “old guy,” I benefit in amazing ways from the time I spend with younger Christians.

*** My friend Daniel is an associate pastor in North Carolina, a gifted preacher and a fitness buff. When I recently decided to get serious about exercise, he set me up with an easy-to-follow weight-training and cardio schedule as well as common sense advice on diet. Did you notice that the younger generation today tends to be avidly health-conscious? We could actually live longer if we took their advice.

*** My buddy Alex is on fire for God. He is also a budding entrepreneur in Philadelphia who knows as much about Mac computers as any salesman in an Apple store. Alex taught me most of what I know about modern technology, and every time I have a question he’s eager to help. Hint: Churches could upgrade their effectiveness by inviting tech-savvy 20-somethings to staff meetings.

*** I have a spiritual son named Paul who is originally from Ukraine. He has traveled with me on 10 ministry trips, and he’s like a sponge when it comes to soaking up any spiritual insight he can get from me. But our relationship is not just a one-way street. We have learned the importance of “processing” after ministry events, and he’s been an excellent sounding board. Today’s young leaders don’t want to just carry out your orders; they want the freedom to give feedback.

*** My four daughters, who are all in their 20s, don’t always agree with me about every social issue. But I’ve learned a lot from them about cultural sensitivity. They are painfully aware that the American church has turned off many people by being religious, racist, political or mean-spirited—and they aren’t afraid to sound off when they think I’m being unnecessarily offensive. Their critiques have made me a better listener and, hopefully, a better communicator.

In the church, we often think of mentoring as a top-down arrangement. We think discipleship is basically saying: “Listen to me, watch me and do what I do.” To make matters worse, some leaders who are bossy, self-absorbed or heavy-handed end up hurting those they mentor. Or they view mentoring as way to get cheap labor—by forcing their mentees to serve as “armor bearers,” bodyguards, butlers or glorified valets.

We should scrap that horribly flawed model and recognize that Jesus calls mentors to serve. If we take a humbler approach to mentorship, we might actually learn something from younger people while we model Christ-like character and teach valuable skills.

The apostle Paul learned this lesson. Early in his ministry he and his colleague Barnabas parted ways because Paul didn’t want to travel with John Mark (see Acts 15:36-39). Paul was upset that Mark had abandoned his missionary team. So he wrote Mark off.

Thankfully, this strategic relationship was restored. Many missionary journeys later, Paul wrote to Timothy: “Pick up Mark and bring him with you, for he is useful to me for service” (2 Tim. 4:11). “Useful” was putting it mildly! Mark was quite useful because he wrote the gospel of Mark, which he based on Peter’s oral testimony.

I believe Paul had a paradigm shift about discipleship as he matured. In his early years he didn’t have any use for Mark, and didn’t want to waste his time training a young man who had dropped the ball. Later, Paul realized that Mark had spiritual gifts that the church needed. And Paul describes Mark as his “fellow worker” in Philemon 24.

Many young Christians today are like Mark. They have a message burning in their hearts and they sense a spiritual calling. But they lack training and may struggle with being consistent. They also may need healing ministry to overcome internal struggles.

In Mark’s case, thankfully, Barnabas took him under his wing and nurtured him back to health. As a result of that mentoring—and Peter’s fatherly influence (see 1 Pet. 5:13)—Mark became a spiritual giant.

The same will happen today when we invest in the Marks of our generation. The greatest blessing will come when we stop looking at them simply as cogs in our Sunday morning agendas and instead recognize that the Holy Spirit is working powerfully in them—and giving them creative ideas about how to do ministry in a more relevant and effective way.

More than 150 years ago, British preacher Charles Spurgeon wrote: “The church needs young blood in its veins. Our strength for holding the faith may lie in experienced saints but our zeal for propagating it must be found in the young.” That means we can’t allow generation gaps in ministry; the young and old must work together to reach the world for Jesus.

Your ticket for the: The Unexpected Blessings of Reverse Mentoring

The Unexpected Blessings of Reverse Mentoring