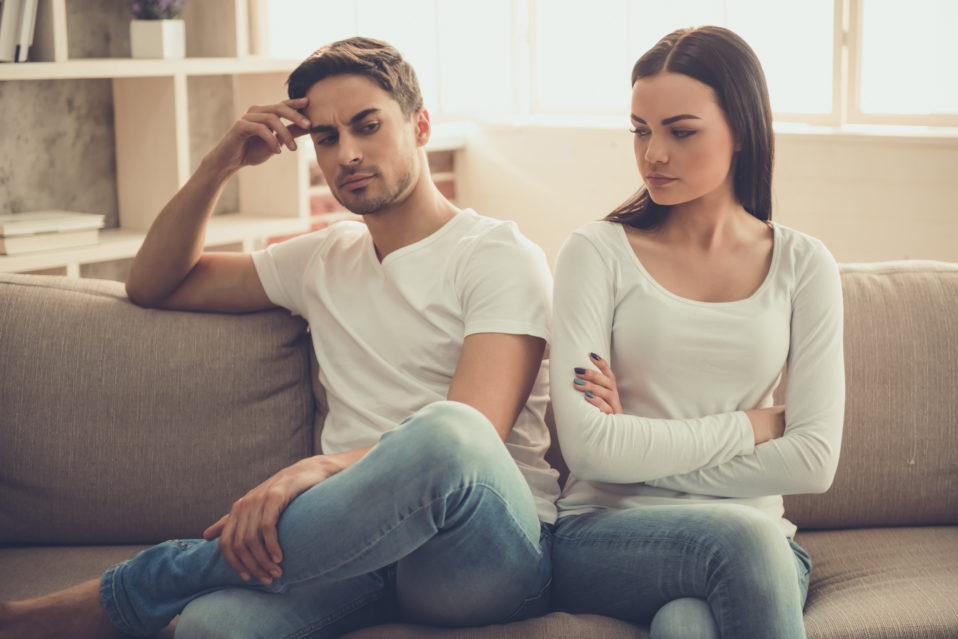 When Is It Right to Leave a Marriage?

Recently when I wrote a column titled “10 Men Christian Women Should Never Marry,” readers shared some heartbreaking stories of their marital mistakes. One woman admitted, “The man I married is six of the 10 things you listed!” Many other readers also asked this honest question: “If my husband is one of those men, can I divorce him?”

I don’t enjoy recommending divorce to anybody. God instituted marriage, so it’s sacred. It’s a holy bond that we should protect. Jesus Himself said, “What therefore God has joined together, let no man separate” (Matt. 19:6, NASB). Yet in the same passage He mentioned immorality (v. 9) as an allowable reason for divorce. In a fallen world full of sin and unfaithfulness, divorce is not always avoidable.

It’s true that many Christians are too eager to bail out of a marriage after their first big argument or when the flame of romance dims. Too many people view divorce as a convenient escape hatch. Yet this flippant disregard for covenant vows is not acceptable for a follower of Christ. Any Christian couple that stands before God to seal their union should be committed to staying together through thick and thin.

At the same time, I have counseled with both men and women who were trapped in severely dysfunctional marriages—and it was obvious some of these relationships simply could not be restored. In those cases, I had to ask them to prayerfully seek a divorce—and find support, counseling and prayer as they walked through the traumatic aftermath of a painful breakup.

Here are four situations in which divorce may be an advisable option:

1. Unrepentant adultery. If a husband or a wife is unfaithful to their partner, it’s possible to forgive and reconcile. But that’s only an option if the person who committed the adultery is willing to admit their sin and break off the illicit relationship. If the affair was a one-time experience, and the guilty spouse is broken over their sin, then healing is possible. However, a man who is constantly cheating on his wife (or vice versa) is deceived, and he is also putting his wife at risk of disease. If your spouse is having sex with someone else, you are not required by God to tolerate that behavior.

2. Domestic abuse. I never counsel a woman to stay in a physically abusive marriage. The wife needs to get herself and her children out of the house if her husband is beating her or making violent threats. It is irresponsible for any Christian minister to tell an abused woman to stay in a domestic situation that is physically dangerous. Separation is an option for a season; if the husband is willing to receive counseling, it might be possible to save the marriage. But God does not expect you to stay married to an abuser. He wants to rescue you out of that situation!

3. Emotional cruelty or control. I know women who have endured years of verbal abuse from husbands who claim to love God but don’t understand that their dominating attitudes are slowly killing their wives. Some husbands think they have the right to monitor and analyze their wives’ every move. Others scold their wives, scream at them or subject them to constant profanity and angry tirades. For victims, this can lead to depression, addiction and even suicide. If the abuser is not willing to repent of such toxic behavior, the spouse needs to get out before the abuse destroys what’s left of his or her self-image. This principle also applies to spouses who are involved in drug abuse, alcoholism or criminal activity.

4. Spiritual incompatibility. Many times one spouse will come to faith in Christ before the other. In the best situations, the believing spouse leads the unbelieving spouse to the Lord. But what if that spouse never embraces Christianity? Paul told the Corinthians that they can stay together but that it is not wrong to allow an unbelieving spouse to leave (1 Cor. 7:12-16).

In some conservative churches, leaders teach that divorce is never acceptable and that a person who chooses to divorce—even if they have been abused—is in sin if they leave the marriage. These hardliners will typically declare, “God hates divorce,” quoting Malachi 2:16, and then suggest that even the innocent party in a divorce will be judged by God. That’s an unfair use of Scripture. God’s mercy is bigger than that!

God certainly hates the pain, shame and family disintegration that accompanies divorce, but He also offers healing, restoration and freedom to people who have endured a marriage breakup. As we work to protect marriages and encourage strong families, let’s also leave room in our hearts—and in our theology—for people who simply cannot stay in irreparable relationships.

Your ticket for the: When Is It Right to Leave a Marriage?

When Is It Right to Leave a Marriage?