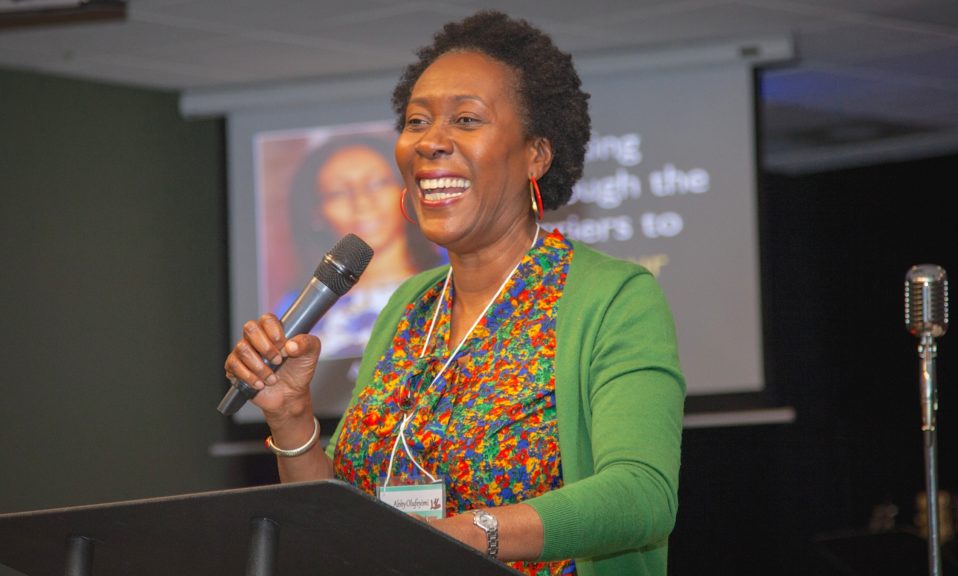 My friend Abby Olufeyemi is one of my favorite pastors. She’s a Nigerian living in England, so her British/African accent makes her sermons all the more fascinating to listen to. Besides her obvious anointing as a preacher, she’s also a model of Christian integrity. She’s been tested through serious trials—including the loss of her husband, Alfred, who died in a plane crash—so she leads with grace and compassion.

Thankfully, Abby finds support from her denomination, the Redeemed Christian Church of God, the largest indigenous church network in Nigeria, and one of the fastest-growing Pentecostal groups in the world. But when I tell people that I work alongside women pastors I get puzzled looks. Many Christians who love God and the Bible believe women are not allowed to serve in pastoral roles.

This is especially obvious whenever Charisma publishes an article on the topic. Three weeks ago, my column, “Six Gender Myths in the Church,” sparked a firestorm of protest. But I don’t argue with people in online forums because (1) I respect anyone’s right to his opinions, and (2) I can’t spend all my time answering critics when there are souls to be reached for Christ—and so many women who want to reach them.

But being with Abby in London made me realize that many Americans oppose women leaders because they just haven’t seen very many examples. At the risk of sounding simplistic I will list the reasons why I believe we need more women on the front lines of ministry today:

1. The Bible endorses women in leadership. Paul’s first epistle to Timothy seems to limit women’s roles in leadership (see 1 Tim. 2:12). Yet Paul also gushed with praise for the women who served with him as co-laborers—women such as Phoebe (Rom. 16:1-2), Junia (Rom. 16:7) and Priscilla, who helped lay foundations in the early church (see 1 Cor. 16:19). In Phil. 4:2-3, Paul expresses solidarity with two women leaders, Euodia and Syntyche. And he refers to other women who obviously led churches, such as Chloe (1 Cor. 1:11) and Nympha (Col. 4:15), and he does not try to silence or restrict them.

Traditionalists who insist on barring women from leadership positions always refer to 1 Tim. 2:12 as an ironclad rule—yet they ignore the women who served with Paul. The obvious question is: Why did Paul tell Timothy to clamp down on the women in Ephesus when he allowed Priscilla to teach? The most sensible interpretation is that the Ephesian women were teaching heresy. They had no business teaching the Bible or leading the church, yet Paul encouraged faithful women.

2. Churches need women’s gifts and perspectives. God created both male and female, and His nature is revealed through both genders (see Gen. 1:26-28). This is why the biblical definition of a family is a father and a mother. If a child needs both parents to learn the ways of God (see Prov. 1:8-9), then surely we need instruction from both men and women in the church. If only men are allowed to function in leadership or teaching roles, the church itself will be male-dominant—and this can lead to issues of control, abuse or sexual sin (the problem of child abuse in the Catholic Church is just one obvious example).

3. We can’t address women’s problems without empowering women to address them. In the 1800s women were not allowed to go to medical school. Some men believed the female brain was smaller than a male’s (!), and that women had no business being doctors. What happened when women entered the medical profession? Suddenly there were breakthroughs in medical care, including improvements in gynecology and obstetrics. Women began addressing problems that had been ignored by a male-dominated medical establishment.

Take a look at the world today and you will see millions of girls and women suffering because of sex trafficking, forced child marriage, gang rape, genital mutilation, domestic violence, eating disorders, depression and denial of education. What might happen if we opened the doors wider to empower women in their spiritual gifts? Do women hold a key to solving these problems? I believe we could see social change on an unimaginable scale if we remove gender limitations in ministry.

4. Women leaders don’t hinder men, they help them. Many Christian men I know seem to fear women’s influence. Some gripe about the “feminization” of the church, and they threaten to ban flowers from altars to make the sanctuary look more like a man cave. That’s goofy. My Bible says God made flowers as well as antlers and rawhide. He also created women, and He made them to do more than bake cookies and nurse babies. He gave women intelligence, discernment, prophetic insight, gifts of mercy and compassion, leadership abilities and spiritual authority.

When I listen to Abby Olufeyemi preach, or when I see how she shepherds her growing congregation, I receive truth from the Holy Ghost and learn valuable lessons about leadership. She doesn’t threaten me; she encourages me. Strong men are not intimidated by gifted women. And strong, gifted women who have Christian character would never try to compete with men or undermine them.

We are all called to be partners and co-heirs in God’s kingdom. Let’s grow up and embrace biblical equality.

Your ticket for the: Why I Defend Women Preachers