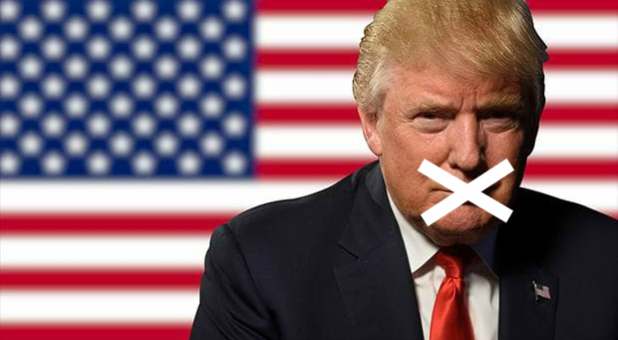 How to Control Your Tongue in the Trump Era

Last week, President Trump issued a tweet from the White House, mocking MSNBC host Mika Brzezinski’s appearance and questioning her sanity. And after both Republicans and Democrats in Washington begged Trump to use a more civil tone in his communication, he took to Twitter again, calling Brzezinski “dumb as a rock” and her on-air partner, Joe Scarborough, “crazy.”

Liberal politicians and journalists questioned whether Trump is mentally stable. Meanwhile Republicans begged their leader to calm down. Senator Lindsey Graham of South Carolina said Trump’s tweetstorm was “beneath the office and represents what is wrong with American politics.”

This is all new territory for us as Americans. Social media now allows our president, along with his political enemies, to toss verbal grenades while the audience listens to the explosions in real time. I’m sure politicians said awful things about each other before the digital age. But with Twitter, the ugliness is out there for us all to read and respond to with our own angry retorts.

Trump was certainly not elected because of his politeness. He is gruff and feisty, and his remarks often sound like those of a playground bully. His in-your-face attitude is what endeared him to many voters who are sick of conventional politics. They want a president who acts like a professional wrestler, breathing threats and flexing his muscles.

It remains to be seen whether this combative tone will work for President Trump or whether it will backfire. But this is certainly not the tone we need in the church today. Politicians may argue, and comedians may pull ugly stunts. But as a Christian, I can’t lower myself to this level.

I am called to reflect the love of Jesus. So are you.

The spirit of the world wants us to take sides in this nasty battle. The devil wants us to hate each other, bicker and throw mud. But the kingdom of Jesus transcends this divisive world. We are called to love people and share Christ with them. If politics prevents you from fulfilling the Great Commission, then you have traded your faith for an idol.

I know some conservative Christians who have become much angrier since the 2016 election. They can chop liberal politicians and journalists into pieces with their words. I also know some left-leaning Christians who have changed into monsters because they are so angry. They seethe with so much animosity toward Donald Trump that they are becoming the bully they say he is.

In this age of outrage, we have lost our first love. How can we rise above this ugly conflict and speak as prophets to our culture? The best way to maintain a prophetic voice is to control your words. Let’s remember these simple rules:

You do not have to have the last word. Don’t ruin your testimony by being impetuous. Proverbs 29:20 says it bluntly: “Do you see a man who is hasty in his words? There is more hope for a fool than for him.” Sometimes the best thing to do in an argument is to shut up. Proverbs 17:28 says: “Even a fool, when he holds his peace, is counted wise; and he who shuts his lips is esteemed a man of understanding.”

Don’t allow today’s toxic public conversation to infect you with hate. Let’s model civility, reconciliation and kindness to a nation that needs the love of Jesus. And let’s pray that our president, who is surrounded by Christians, will learn to restrain his anger before he tweets.

Your ticket for the: How to Control Your Tongue in the Trump Era

How to Control Your Tongue in the Trump Era