Why Women Belong on the Front Lines of Ministry 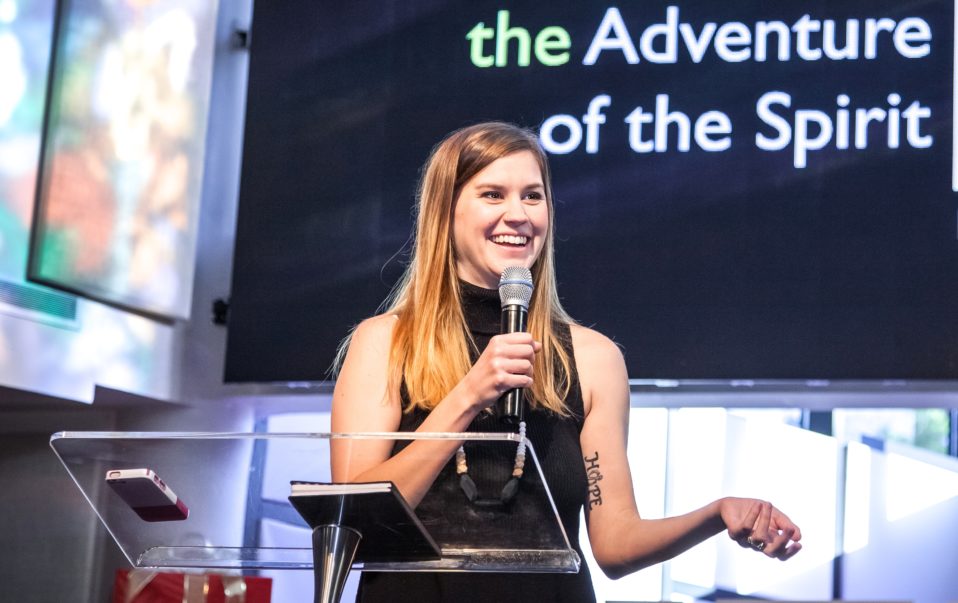 This past weekend my oldest daughter, Margaret, quietly made history. She was ordained as a pastor at United Assembly, the church in Seneca, South Carolina, where her husband, Rick, has served as an associate pastor for several years. Margaret and another woman, Marly, are the first females to be ordained into pastoral ministry at this church.

As Margaret’s father, I couldn’t be prouder. I have watched her spiritual anointing develop since she was a little girl. But I’m also aware that the road won’t be easy for her or for any woman who embraces the call to leadership.

Thankfully, Margaret’s church is affiliated with a denomination (the Assemblies of God) that fully embraces the ordination of women. But there are hundreds of thousands of churches in 2017 that limit women’s gifts by enforcing a spiritual glass ceiling that was actually shattered long ago on the day of Pentecost.

I’ve been a vocal advocate for women in ministry since my book 10 Lies the Church Tells Women was published 17 years ago. I have helped many pastors remove the traditional barriers to women, and I’ve encouraged countless women to fully embrace God’s unique calling—even when this requires scary steps of faith into uncharted territory.

But here I will simply list three simple yet powerful reasons why it’s imperative that we empower women as never before to step into their ministry callings.

Paul was surrounded by women leaders who taught the Bible, prophesied, led churches, served as deacons and died as martyrs. Besides Priscilla, he mentions in his letters several female ministry companions including Chloe, Phoebe, Euodia, Syntyche, Junia, Nympha, Tryphaena, Tryphosa and Persis. Beyond that, the evangelist Philip had four daughters who were prophets (Acts 21:9), and John’s second epistle is addressed to a woman who led a congregation (2 John 1, 13).

If women had this level of influence in the first century—at a time when women were typically treated like property—how much freer should women be to preach today? If God’s image is reflected in both male and female, as Genesis 1:26-28 tells us, why wouldn’t we need both male and female to reveal His truth from the pulpit? If a healthy family needs both a father and a mother to provide nurture and instruction, doesn’t the church also need spiritual fathers and mothers?

The Holy Spirit’s gifts have nothing to do with gender. The Spirit distributes His gifts “as He wills” (1 Cor. 12:11b, NASB). The nine manifestations of the Spirit listed in 1 Corinthians 12 and the motivational gifts listed in Romans 12 have no reference to gender whatsoever. Women can heal the sick. Women can cast out demons. Women can show mercy. Women can preach and teach. We limit and grieve the Spirit when we tell Him who can and cannot function in His gifts!

The truth is that God calls both men and women into ministry. We need both Aquila and Priscilla to build a healthy church. We will continue to lose certain battles until women are trained, empowered and commissioned to engage the enemy.

A few weeks ago, I was in a church in Idaho listening to my daughter Margaret preach a sermon about fighting injustice. Her text was Psalm 45. As she shared passionately about why she adopted an African child and how she traveled to India to fight gender-based violence, I wept—not because my daughter was preaching, but because I could hear God’s voice thundering out of the heart of a 31-year-old mother who cares about the poor and the mistreated. Sometimes it takes a woman to reflect God’s heart.

Your ticket for the: Why Women Belong on the Front Lines of Ministry

Why Women Belong on the Front Lines of Ministry